The Unique Identification Authority of India (UIDAI), under the Aadhaar Act and Regulations, 2016, has made it compulsory for the centralized storage (collected by AUAs/KUAs/ Sub-AUAs/ or any other agency) of all the Aadhaar number in a different repository known as 'Aadhaar Data Vault'.

Aadhaar data vault (ADV) developed by C-DAC is a REST API-based solution/service for storing encrypted Aadhaar numbers against the reference numbers. Keys used to encrypt/decrypt the Aadhaar numbers are stored in the HSM as mandated by UIDAI. ADV exposes functionality through REST API and can be used standalone or seamlessly integrated with the existing set-up of the AUA-KUA. ADV can be utilized to achieve the encryption of the Aadhaar number, getting a service-wise reference number or unique reference number across all services as per the requirement of the client application. ADV provided as a solution or service can be seamlessly integrated with the help of supporting libraries provided by C-DAC. Additionally, utilities to run the batch using a CSV (Application Specific ID, Reference Key/Aadhaar Number) files for carrying out encryption and decryption of Aadhaar Numbers is also a part of the solution/service. 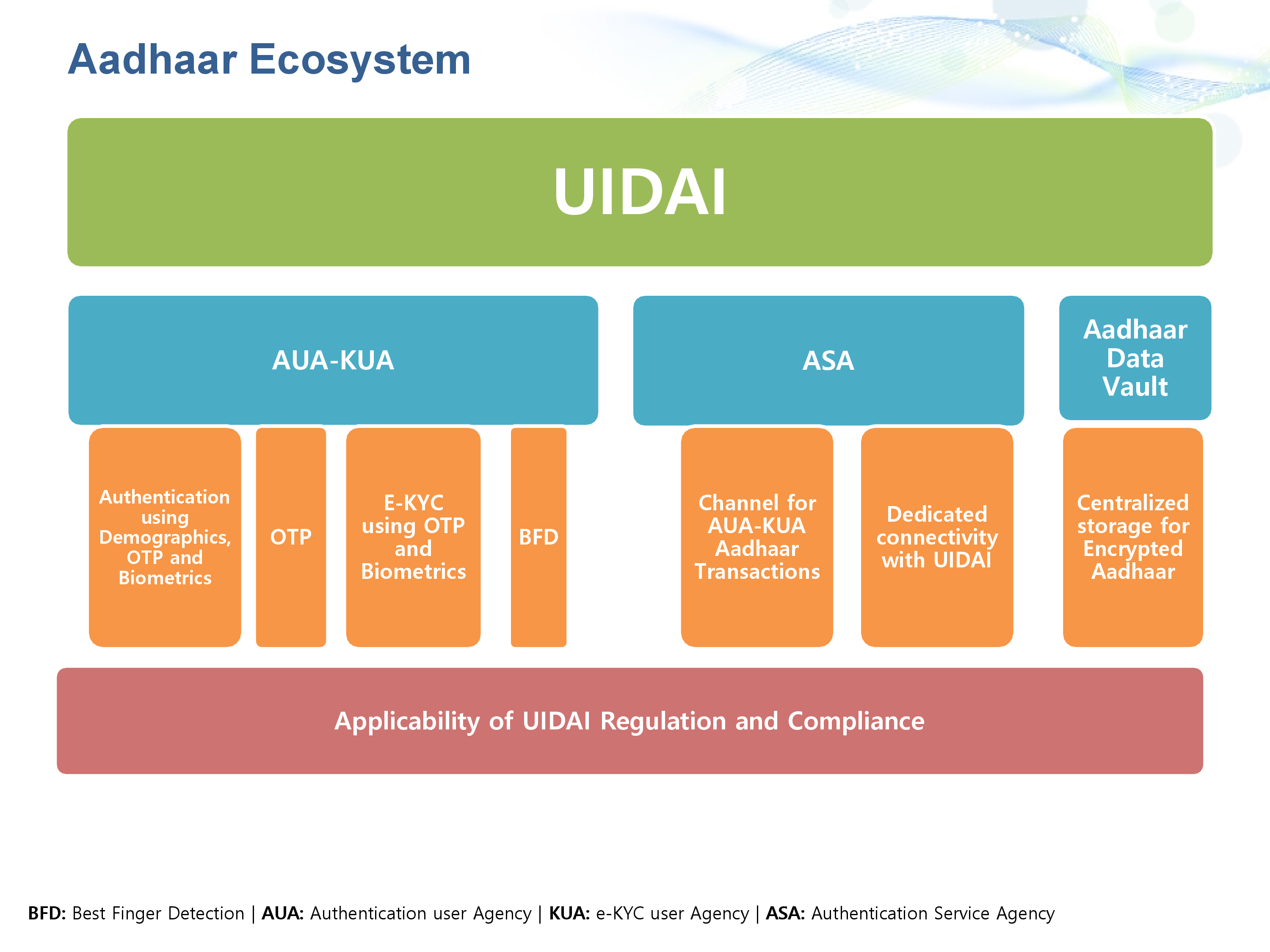 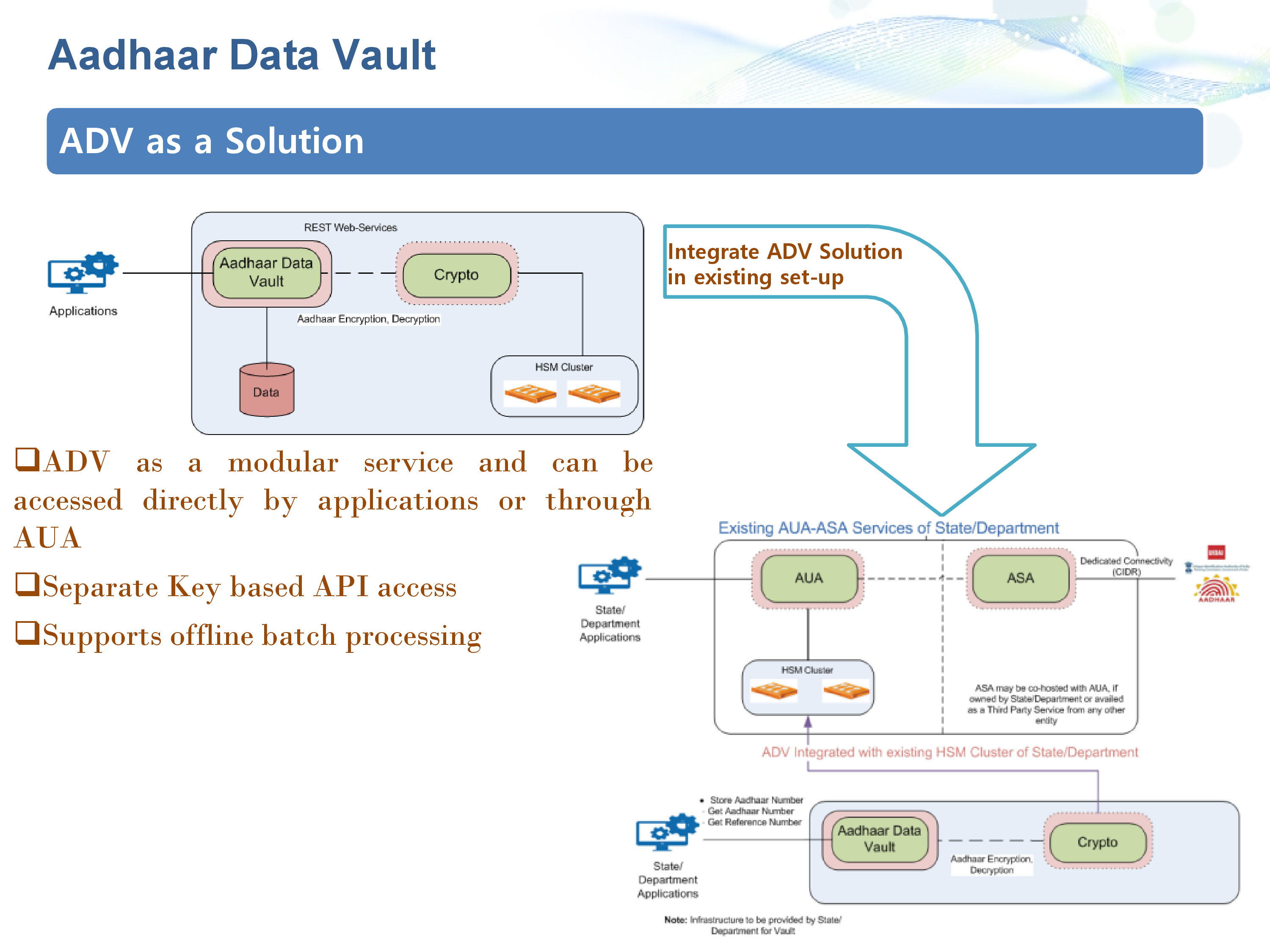 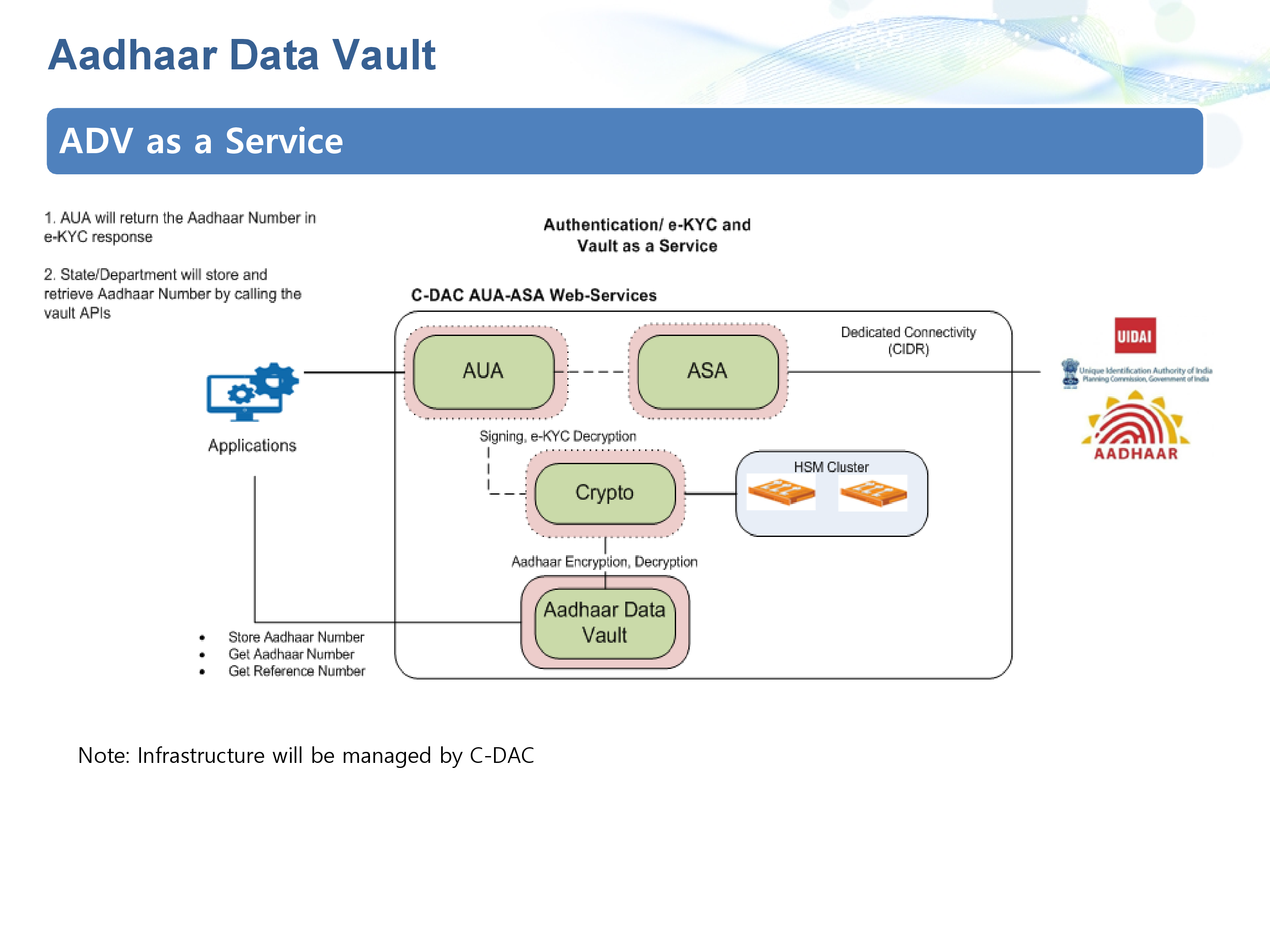